Dr Fakhar Khan specialises in the management of patients with heart rhythm disorders. His research focuses in this area of cardiac care, including a major clinical trial on improving outcomes for patients needing cardiac resynchronization therapy. 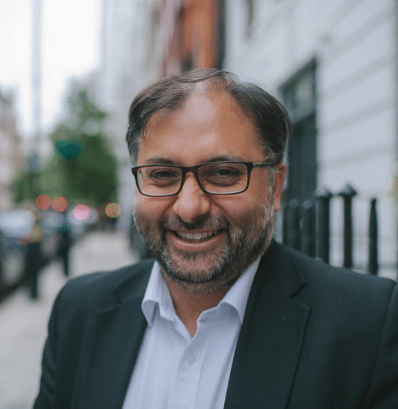 The TARGET study is a ground breaking trial in the management of patients with heart failure undergoing cardiac resynchronisation therapy (CRT). Cardiac resynchronisation therapy is cardiac device therapy offered to patients with impaired cardiac function, with an abnormal ECG (left bundle branch block) who have limiting symptoms of heart failure, despite optimal medical treatment. Although a large number of patients will respond to CRT, a significant proportion of patients who receive this treatment do not get an benefit (non responders). The Target trial was designed by Dr Khan and his team to determine if targeting the position of the left ventricular lead could enhance outcomes. This was a randomised controlled trial that showed a targeted approach is superior to the conventional approach in improving outcomes. A subsequent follow up analysis from the same study showed that the targeted approach is also associated with better prognosis. The findings of this trial had an impact on international guidelines and the trial is one of the most cited papers in CRT based research.

This paper highlights further understanding of the mechanisms that lead to Ventricular Tachycardia (VT). Ventricular tachycardia is a rapid heart rhythm abnormality from the lower chambers of the heart and is often associated with structural heart disease. In some cases, the condition can be life threatening. The management of VT can be challenging with patients requiring drugs which are often powerful and cardiac device therapy. Despite these measures, patients can continue to suffer from potentially life threatening rhythm disturbances and catheter ablation has been used with success to help such patients. Dr Khan worked as part of a larger team during his time in Toronto, Canada to investigate how the outcomes from ablation could be improved. The team were able to demonstrate that a novel approach to both understanding the basis of VT and to targeting these signals held the potential to improve outcomes from ablation of ventricular tachycardia. This research has contributed to our understanding of improving outcomes for patient suffering from potentially lethal ventricular rhythm disorders.

Is There Still a Role for Complex Fractionated Atrial Electrogram Ablation in Addition to Pulmonary Vein Isolation in Patients with Paroxysmal and Persistent Atrial Fibrillation?
Circ Arrhythm Electrophysiol, 2015

Atrial fibrillation (AF) is the most common sustained heart rhythm abnormality and is associated with a significant impact on quality of life and prognosis due to the risk of stroke and heart failure. A great deal of research effort has been devoted to understanding the mechanisms of AF and in particular to assess how the outcomes of catheter ablation can be improved to help patients. Dr Khan worked as part of a team to look at the data from major AF trials to ascertain what would be the best strategy during ablation of atrial fibrillation. The team were able to show that a particular strategy of targeting the pulmonary veins at the back of the heart is the most likely optimal strategy in patients attending for catheter ablation. This has forwarded our understanding as to the best approach for managing such patients with atrial fibrillation.