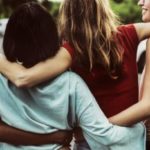 A recently published study has found that women who smoke or have diabetes are more at risk from heart attacks than male smokers or men with diabetes.

Led by Oxford University researchers and published in the British Medical Journal, the study looked at the profiles of over 500,000 people via the UK Biobank database. It was discovered that although men, in general, are more likely to have a heart attack than women, there are certain risk factors which seem to be more influential where women are concerned.

Research showed that while female smokers were three times more likely to have a heart attack, in men, the heart attack risk was only doubled, rather than trebled. Those women who smoked more than 20 cigarettes a day were found to have twice the risk, relatively, of a heart attack, than men.

When it came to high blood pressure, this was found to increase a woman’s heart attack risk by 83 per cent more than it does for men.

The researchers are not sure why these factors appear to be specific to sex, but speculated that there could be “biological and social” reasons. They concluded by recommending that women should be offered the same support as men to quit smoking, and that doctors should focus on spotting female patients with extra risk of heart attacks.

Lead Study Author Dr Elizabeth Millett, epidemiologist at Oxford University’s George Institute for Global Health, told the BBC: “Heart disease also affects women and this needs to be recognised. Women need to be aware they’re at risk, but despite lots of campaigns, it’s still under the radar of most women. It’s a complicated, long-term thing to work out, probably caused by a combination of factors.”

One Heart Clinic offer screening packages designed to detect early signs of heart disease, along with a cardiac rehabilitation program. Get in touch with the heart specialist London trusts today. Call us on +44 (0)203 9838 001.