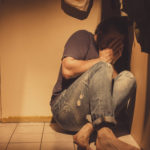 June is the month in which we recognise and raise awareness of a condition which affects people from around the globe – Post Traumatic Stress Disorder (PTSD). In the UK, PTSD Awareness Week is attached to Mental Health Awareness Week, which took place from 13th to 19th May. In the US alone, it has been found that one in five military veterans have been diagnosed with PTSD, and this is a condition which has the potential to affect not only them; but those close to them, such as family and friends.

PTSD is a mental disorder which typically develops after an individual experiences a traumatic event. This could be warfare, a sexual assault, a road accident, or another type of threat to their wellbeing. According to the NHS, PTSD will affect one in three people who have been subjected to a traumatic event.

Among the symptoms of PTSD are; mental and physical distress; disturbing feelings and thoughts; dreams related to the event; insomnia; concentration problems; and changes in the way a person feels. These type of symptoms carry on for over a month after the traumatic event has taken place. It has been found that PTSD sufferers are of higher risk of self-harm and suicide.

How does PTSD affect heart health?

As recently as April 2019, a study in Sweden (https://www.medicalnewstoday.com/articles/324951.php) found a link between conditions such as PTSD and cardiovascular disease. In the six months following the diagnosis of PTSD, the risk of a heart attack was recognised as being higher. Over longer periods of time from the point of PTSD diagnosis, individuals were found to be at a higher risk of other heart conditions, such as heart failure, embolism and thrombosis.

It was discovered that those with a pre-existing stress-related illness were at 64 per cent more risk of developing some form of cardiovascular disease in the year following the diagnosis of the psychiatric condition than siblings who were unexposed. The study did not find men or women to be at a higher risk than each other, and also discounted family background and medical history as direct factors.

Up until now, much of the research conducted into PTSD had focused on military veterans. What the study in Sweden has confirmed, is that the link between PTSD and several heart conditions cannot be ignored.