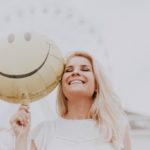 When you are next stuck in traffic and it’s all getting a bit too much for you, keep yourself positive and don’t get yourself stressed. It could save your life by stopping you having a heart attack. Our psychological well-being can affect our heart health. Research has shown the benefits of having a positive mental attitude to improve overall health and reduce the risk of developing mental and heart health problems in the future.

Benefits of a positive attitude

In a further study, over 2000 adults without heart disease were asked two questions designed to determine whether they had optimistic personalities; Are you optimistic about your future? And do you rarely expect things to go your way?”. Over the next 10 years, participants who were considered optimistic based on their answers to the two questions were less likely to have a heart attack than those who were not optimistic. Not only does having a positive attitude reduce your risk of a heart attack, but after suffering a heart attack, a positive attitude is associated with earlier and speedier recovery.

Seniors have the most to gain from having an optimistic approach

Optimistic people tend to live longer, lead healthier lives and have fewer cardiovascular illnesses. Feelings of hopefulness, enthusiasm and emotional balance — is associated with a substantially reduced risk of heart attack and stroke. Adults with greater optimism had twice the odds of being in ideal cardiovascular health compared to their pessimistic counterparts. Optimists also had better blood sugar and cholesterol levels than those with negative attitudes. The benefit of a positive attitude is seen particularly in older adults who are a particular group that can improve their health by thinking on the bright side. Optimism in seniors is associated with fewer chronic illnesses and better overall health. In one study of almost 10,000 adults, seniors’ optimism levels were linked with improvements in self-rated health and fewer chronic illnesses, including high blood pressure, diabetes, cancer, lung disease, coronary heart disease and stroke.

How can you practice optimism?

If you are naturally a glass half empty person then you can try some simple strategies to help you. Try and identify negativity such as work, relationships or chores and focus on one area at a time to start thinking about more positively. Laughter is a great tool so allow yourself to smile or laugh particularly during challenging moments in everyday scenarios. Surround yourself with supportive, positive thinkers who encourage you and be your own best friend.

There is a Chinese proverb that states that tension is who you think you should be; relaxation is who you are. Be positive and your heart will thank you for it.