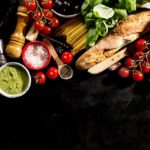 A huge number of Brits are conscious and careful about their diet for a variety of reasons – in fact, we should all be mindful of our diet in some respect.

Last year, a research project by PURE (Prospective Urban Rural Epidemiology) was completed and the findings published in a globally respected medical journal, The Lancet.

After examining dietary data from a sample of 135,000 people from 18 countries, it was found that those with the highest carbohydrate intake (77% of calories consumed) were 28% more likely to have died than the group with the lowest carb intake (46% of calories consumed). The data was collated over a period of seven years.

Surprisingly, it was also found that the people who had the higher fat intake (of 35%), were 23% less likely to have died than people with the lower fat intake (10%) and in fact a high fat diet appeared to protect against stroke. The results of the study have caused a major rethink in light of previous studies which had focused on low fat intake as one of the keys to a healthy diet.

Follow up studies conducted by the PURE researchers threw something of a spanner in the works, by suggesting that whole milk could decrease the chance of suffering cardiac events which could lead to death. It was found that those with an intake of more than two dairy servings a day had a decreased chance (14 to 23%) of cardiac events or dying. There was also a further PURE study which broke down the different ‘carbs’ into different types and linked those which are less healthy – such as processed foods and white flour products – with increased mortality rates.

It might be simpler to summarise the various PURE studies with the conclusion that carbs are not necessarily bad, but if you are eating a high volume of the wrong carbs, you could have a higher chance death from a cardiac cause. Carbs are an essential energy provider; so let’s make sure we put the right ones in our body as well as cutting down the amount we eat! The question the cardiology community has to ask itself is whether we should actually be advocating a high-fat diet. Further studies are likely to be needed before we see a wholesale change in the dietary guidelines.

For comprehensive cardiac care including a careful assessment of your diet and cardiovascular risk why not come and meet one of the leading cardiologists London has to offer – call One Heart Clinic today on +44 (0)203 9838 001 and speak to a member of our friendly team.