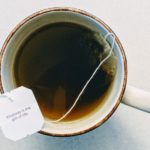 C.S Lewis once said that he couldn’t get a cup of tea big enough or a book long enough to suit him. Tea is still the nation’s favourite drink and the sentiment shared by Boy George that he would rather have a cup of tea than sex is probably a widely held view.

There is much said about the benefits of tea but what is the truth as far as your heart health is concerned?

What does the research show?

There have been a number of studies looking at the benefits of tea and the risk of heart attacks and stroke. One of the largest prospective studies to examine this was published in 2017 in the British Medical Journal and examined the effects of drinking tea in China in almost 25,000 participants over a long term follow up.

Compared with participants who never consumed tea during the past 12 months, those who consumed tea daily showed an 8% relative risk reduction in ischaemic heart disease. The protective effect of tea consumption was stronger among participants who drank tea for more than three decades, who resided in a rural region, who had normal or lower BMI or who did not have diabetes at baseline. This suggests that the benefit is likely to be as part of a healthy lifestyle.

Another Chinese study reported that green tea consumption was associated with a lower risk of cardiovascular disease incidence compared with non-green tea consumers. Increasing the amount of tea did not further reduce the risk of ischaemic heart disease, suggesting a possible threshold effect.

How does tea benefit? The science…

Tea is rich in flavonoids which has antioxidant properties that can tackle the inflammation that is regarded as the root-cause of heart disease. The benefits are attributed in part to lowering blood pressure, improving total cholesterol by reducing LDL (“bad cholesterol”) and improving blood vessel functioning. Green tea is rich in theobromine and EGCG (epigallocatechin 3-gallate) that relaxes the walls of blood vessels and improves blood circulation. These compounds can also protect the body from mechanisms that are known to be of relevance in heart failure.

Is it too good to be true?

It is important to recognise that tea consumption may be correlated with other dietary habits and healthier lifestyle behaviours and there are likely to be regional differences. A study in rural china may not have relevance in Western Europe. The studies are observational in nature and therefore cannot establish a causal relationship. Although encouraging, it is important that the results of these studies are interpreted in a balanced way. Tea does of course contain caffeine which has been associated with palpitations which may offset some of the benefits of drinking tea, especially if consumed in excess.

What do we say?

Despite these limitations, tea consumption is likely to have potential benefits for the heart and for current evidence supports that drinking tea is likely to have healthy heart advantages when consumed as part of a global lifestyle programme of healthy eating and exercise.