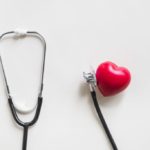 Dr Sen from One Heart Clinic has recently published a major article in the Journal of the American College of Cardiology. The research shows that using new technology developed by Dr Sen’s team, to stent a narrowing in one of the major arteries is associated with better cardiovascular outcomes compared to existing widely used techniques. This study advances our understanding of how coronary artery disease, which is one of the major killers worldwide, should be better treated to optimise outcomes for patients.

See the technical and scientific article published in Reuters below.

The article was written by By Marilynn Larkin

Deferring revascularization of the left anterior descending (LAD) artery based on the instantaneous wave-free ratio (iFR) is safe and in fact is linked with fewer major adverse cardiac events (MACE) than when deferral is guided by fractional flow reserve (FFR), researchers say.

“The use of physiology to guide stenting in patients has dramatically increased since the validation of iFR,” Dr. Sayan Sen of Hammersmith Hospital in London, UK, told Reuters Health by email.

“Despite two large randomized trials showing that iFR-guided therapy is equivalent to FFR-guided therapy, there has been some debate as to the safety of this novel index compared to the older FFR measurement, particularly in the LAD,” he said. “A stenosis in this artery can be associated with the worst clinical outcomes, including death.”

To investigate further, Dr. Sen and colleagues analyzed data from the DEFINE-FLAIR trial, which showed that revascularization guided by iFR was noninferior to that of FFR with respect to MACE at one year. Patients, as well as staff performing follow-up, were blinded to whether the deferral decision was made with FFR or iFR. Outcomes were adjusted for age and sex.

As reported online January 28 in the Journal of the American College of Cardiology, 872 patients had LAD lesions deferred (421 guided by FFR, 451 guided by iFR). Patients in the iFR group were more likely to be male (75.4% vs. 68.9%), but otherwise the groups were similar at baseline.

Dr. Sen said, “My take home messages from this study are 1) That is very safe to avoid stenting of a stenosis in the LAD if the iFR is negative; 2) Using iFR to make this decision was significantly safer than using FFR; and 3) If FFR suggests stenting should be avoided in a patient with an LAD stenosis, there is a 53% higher chance of heart attack, a further unplanned cardiac procedure or death at one year.”

“This is the first study to compare clinical outcomes between iFR and FFR according to the blood vessel the stenosis is in,” he added. “It is a sub-study but includes more patients than the physiology arm of all the studies that validated FFR in stable coronary disease.”

Dr. Amir Ahmadi of the Icahn School of Medicine at Mount Sinai in New York City, coauthor of a related editorial, said in an email to Reuters Health, “There has been concern about an attenuated diagnostic value of iFR when compared to FFR in lesions in the LAD arteries.”

“According to the (the current study), iFR is noninferior to FFR in deferring LAD lesions,” he noted. “However, there is a rather unusual change in the definition of the primary endpoint in this subanalysis as compared to the parent trial.”

“The results of this study are hypothesis-generating,” he said. “Hence, the ultimate verdict on the safety of an iFR- versus an FFR-guided treatment deferral strategy in the LAD can only be offered in a statistically well-powered head-to-head comparison of the two or more strategies employed for decision making.”